This holiday vacation I went with my family and a group of friends to Dor Habonim Beach Nature Reserve.

Dor HaBonim Beach Nature Reserve is located near the historic city of Zichron Ya’Akov in Israel. It boasts a 4 km long coastal strip with many bays, inlets, and lagoons. We hiked in the early afternoon for three hours, keeping a calm pace and stopping along the way to admire the scenery.

Before setting out, we ate lunch at a vendor’s food van parked right at the HaBonim Reserve parking lot where our hike began. My family and I enjoyed a Druze pita bread with labneh, which is Lebanese cream cheese that tastes a bit like yogurt, mixed with olive oil, za’atar, and tabbouleh salad. It was delicious and prepared on the spot.

Hiking west towards the sea, we passed well-manicured green fields and pastures till we crossed a bridge and reached a beautiful spot alongside the bay. There, we found the most beautiful shells and rock formations I’d ever seen. The kids played a game where they had to find shells and see if they match the “shell inventory page” we were given by our guide.

After another twenty-minute hike, we arrived at ‘Shell Bay’. Shell bay is an inlet lined with a thick layer of shells. The kids had the time of their lives, digging and just playing about merrily along the beach. We stopped to drink some hot cocoa, tea, and coffee from our thermoses, and then it was on to the Blue Cave, the main attraction of the hike.

The Blue Cave formed naturally over the years by dynamic geological processes. It’s called the Blue Cave because it has different shades of blue within it, due to the ever-changing seawater, sunlight, and shade. In the summer you can go inside, but since it was already getting dark, we opted to just sit beside it and take it all in. Our guide entertained us with captivating stories about the place, both factual and folklore.

Another interesting attraction situated along this hike is called the Cleopatra Cave. Cleopatra Cave is an artificial pool that has undergone erosion over the years. The water in the pool springs from an underground cave beneath the rock. Legend has it that Queen Cleopatra herself was so mesmerized by the color of the water that she bathed in this exact pool while visiting Ceaser.

All along the hike, we encountered inlets and beaches with layers of black sand and seashells. We didn’t spot any crabs or wildlife but since it’s the ideal environment for them, they must have just hidden well.

Our hike was along a circular trail and we ended up at the same parking lot where we began. By that time, it was already very dark and you could spot some stars in the sky.

We gathered around the picnic tables in the wood by the parking lot and lit the menorah candles to mark the sixth night of Hannukah. Traditional Hannukah food like levivot were passed around among friends. The kids sang holiday songs and played games. Our guide accompanied us with his darbuka drum and another one of our friends played the guitar. It was the perfect ending to the perfect trip!

The hike is not accessible to wheelchairs or strollers. The best time to come is during the Israeli fall and winter seasons. There is no shade along the way.

There are no lifeguard services. The beach is rocky with whirlpools and waves crashing against the rocks. Swimming is not advised.

Benches and picnic tables are scattered along the hike.

Born and raised in Israel with a ten year interval in New York, Dana considers both places her home. She first made the choice to commit to a frugal life when she signed up for a degree in the Humanities. Today she loves nothing more than to share her newly learned skills and experience in thrifty living with others.
Previous Giving Thanks: How Gratitude Benefits out Lives
Next 5 Affordable Ways To Enhance Your Living Space 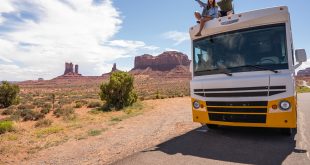 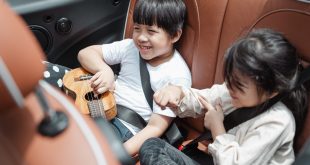 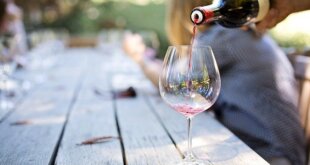 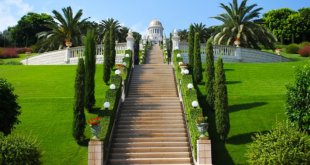