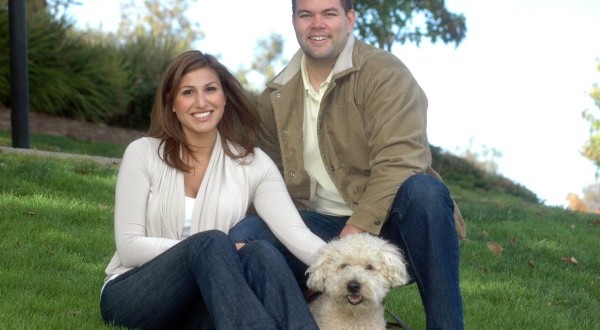 #FrugalSuccess Story: Finding Your Side Hustle

This Monday’s #FrugalSuccess Story comes from a post we read on “Plunged in Debt” about a couple’s ability to accrue an extra $24,000 to serious dig away at their student loans. The post, written by Erika at “Newlyweds on a Budget,” describes how it is possible to overcome the hurdles of having $42,000 debt while also living in a single-income marriage for months at a time.

Erika talks about getting motivated from her initial success at a garage sale, which helped them earn a couple hundred dollars. From there, she looked into other opportunities that allowed her to write (and work) from home. Here is where patience, quality writing, and networking are paramount. After landing a few writing gigs, word spread and she eventually took on a part-time Content Manager position for a blog. By working on her own blog, simultaneously, she was able to host more and more advertising.

Instead of putting the extra money earned ($7,000 in two months!) in a bank to accrue the tiniest interest, Erika and her husband wisely used the money to make large payments to her student loans every month. Thus, they were able to significantly reduce a large portion of their debt and now intend to live a debt-free life by the end of the year 🙂 We wish them continued #FrugalSuccess!

A native New Yorker, Jessica left behind the Big Apple almost 4 years ago to pursue new adventures around the world. Powered by caffeine and a relentless curiosity, she has now settled in Tel Aviv Jaffa with her husband, American cat, and a new appreciation for budget management.
@allfrugalladies
Previous Getting Ready for a Baby on a Budget
Next Investing in Preconstruction Real Estate

#FrugalSuccess Story: When Adventure Calls, Better Save Aggressively! We’re a day late with our weekly …