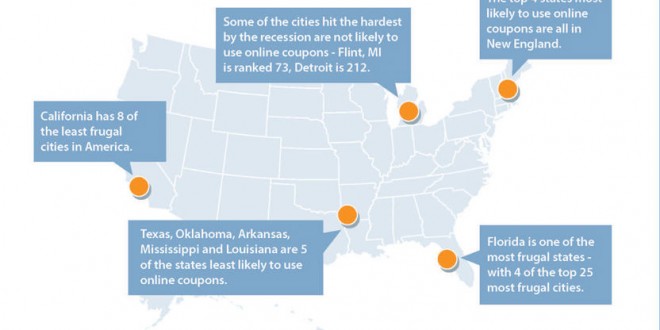 Is Your City a Frugal City?

We haven’t published a good #frugalreads in a while, so when I came across a recent study on the top frugal cities in the US, I thought it would be an interesting share and potential eye-opener for us Americans.

Just last month, Coupons.com’s came out with the results from their study on coupon usage spread across the US. Calculations were based on usage of coupons with Coupons.com’s Grocery iQ and Coupons.com mobile apps and I thought it would be interesting to share their findings.

Not Everyone is a Coupon-Lover

Not so surprisingly, my home “town” of New York City did not make Coupons.com’s “Top 25 Most Frugal Cities of 2013” list. I would have to agree that we are neither the cheapest city nor the cheapest people. With a Starbucks on almost every corner – and thriving – we clearly don’t have an issue paying  According to final list, the Midwest and Southeast appear to be dominating when it comes to using coupons – and I wondered why the coastal cities are not making the boards. Here are the results:

According to Reuters, “the Southwest and Midwest tied for the number one most frugal region of the country, each taking eight spots on the mobile list. Texas and Ohio tied for the top state, each with three cities on this year’s mobile list.”

So, again I returned to my question: Why aren’t the coastal cities making the charts?

Shopathome.com performed a similar study to Coupons.com just a year earlier and came up with very similar results. An interesting finding was that more populated cities, such as New York and Los Angeles, were the least likely to use online coupons and codes.

Kiplinger.com recently published its own list of the “10 Best Cities for Cheapskates” and again, no coastal city comes up. A Time’s article dug deeper into the results and faults the increasingly high real estate prices along the coasts. On the flip side, college cities tend to create a more budget-friendly environment.

Where do you live? Do you think the residents in your area are coupon users? Frugal shoppers? How can we all get into the habit of saving money?

A native New Yorker, Jessica left behind the Big Apple almost 4 years ago to pursue new adventures around the world. Powered by caffeine and a relentless curiosity, she has now settled in Tel Aviv Jaffa with her husband, American cat, and a new appreciation for budget management.
@allfrugalladies
Previous Teaching Teens About Financial Responsibility Using Debit Cards
Next “Think before printing”: 5 more tips for a greener office 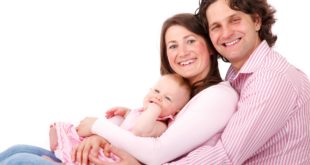 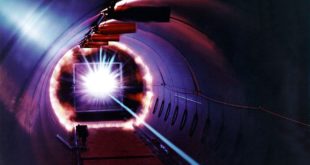 A Frugal Perspective on Technological Advancements 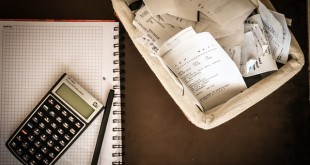 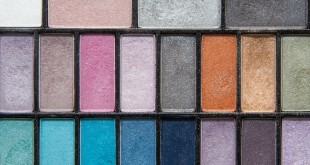 Cosmetics and Makeup for the Frugal Girl on the Go!

December is always a cheerful month because of the holidays. However, even with all the …