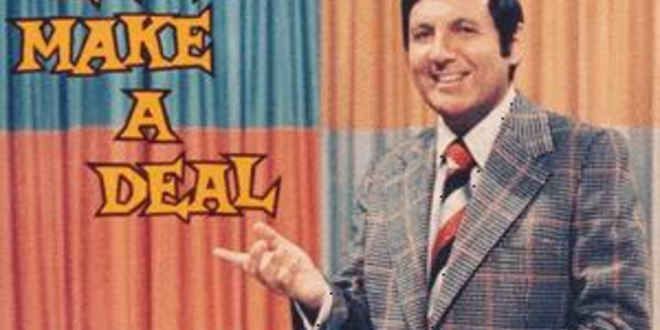 Today’s #FrugalSuccess actually involves three different stories that share the same success in common: Awesome Bargaining Skills. In the US, I must admit we’re not used to bargaining on price as rates tend to be fixed and we just don’t have much opportunity outside the flea market to flex our bargaining muscles. After visiting many countries, including Vietnam, China, and India, it became abundantly clear to me that we Americans are seriously lacking in the bargaining department. However, today’s collection of #FrugalSuccess stories should motivate us and encourage us to try out some bargaining tactics – even on the likes of credit card companies, car insurance companies, and cable providers!

G.E. Miller from the 20 Something Financeblog was able to take off $40 from his monthly Comcast cable/internet bill. That adds up to $480 across the whole year, which is some sizeable savings for many of us out there! But, how did he do it? Like many of us in the US, we’re typically forced to deal with only one cable provider in our local area, but with the expansion of Verizon Fios and other alternatives to cable television (e.g., Netflix, Hulu, etc..) there are ways get to the negotiating table with the cable provider. G.E. called up Comcast customer service and started right away that he needs to lower his bill as U-Verse is much cheaper and he is thinking of switching. The rep immediately went into checking G.E.’s account and seeing how they could lower his bill overall in order to retain him as a customer. In the end, they settled on a new monthly rate of $89.97 as opposed to $132.88. That was enough to make G.E. satisfied and Comcast happy to not have lost a customer.

2) Know Your Value as a Customer

One may wonder, does simply asking for a lower interest rate on credit cards actually work? The answer is yes! According to a survey conducted across the country by the U.S. Public Interest Research Group, an astounding 56% of consumers who called up and asked their credit card providers for a lower rate actually succeeded. Kerry from Squakfox wrote up a very helpful article detailing how emphasizing the qualities that make you a great customer will increase your chances in lowering your APR rates. This was her opener in a conversation with a credit card agent:

Credit Card Agent: How can I help you?
Kerry: I’ve been a good customer over the years. I just got an offer for a new credit card with a rate of 6%. I’d like to stay with you, but I’m paying 19% on my balance. Since I’ve consistently paid the minimum balance I’d like you to lower the interest rate on my credit card.

A few years ago, a retiree living in Arizona managed to cut his car insurance rates in half and get some publicity in the New York Times, hopefully helping many others save on their car insurance as well. His story is described as an “accidental victory,” but it is success story we can all benefit from! Soon after becoming a retiree,

Thomas Mitchell knew he would need to cut down on his expenses. While he didn’t immediately call his car insurance company, he did have the good sense to remain open to new opportunities and offers in the mail. AARP contacted Mitchell by mail and urged him to call The Hartford for a few car insurance quote. While most of us may not take action and even toss the letter in the mail, Mitchell decided to call The Hartford and they offered him a policy with the same coverage for literally half the price of his long-standing car insurance provider, Liberty Mutual. At the time, Mitchell was paying $2,537 a year and The Hartford was offering him $1,267! Mitchell turned around and called Liberty Mutual, who were easily able to lower the rate, saying they had “revised [their] underwriting standards and [Mitchell] would now quality for a premium of $1,207.”

While Mitchell’s story is a triumph in savings, it demonstrates – just as much as the other two stories – that the responsibility of getting the best rate lies with us, the consumers.

Did you ever try to lower your cable bill or get a lower interest rate on your credit card? If so, tell us about it in the comments. If not, what’s holding you back? Maybe it’s time you started brushing up on your bargaining and negotiating strategies!

A native New Yorker, Jessica left behind the Big Apple almost 4 years ago to pursue new adventures around the world. Powered by caffeine and a relentless curiosity, she has now settled in Tel Aviv Jaffa with her husband, American cat, and a new appreciation for budget management.
@allfrugalladies
Previous Bonus Gift Cards for 2013
Next 10 Tips for Setting up a Usable Family Budget