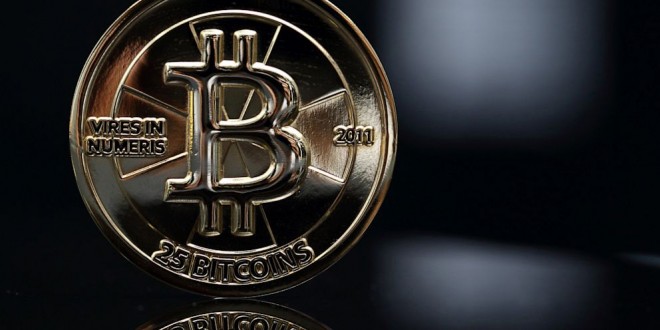 What’s the Deal With Bitcoins?!

The debate over Bitcoin’s value and legitimacy rages on – not only on the television and newspapers – but during lunch breaks and over the coffee table with friends. Yet, with all the buzz and chitchat, how many of us have an actual grasp on what bitcoins are all about? How did it get started? Where can you get bitcoins? In today’s post, I will try and clear away the clouds of mystery (as much as possible) so we can all have a more intelligent and down-to-earth conversation regarding this new form of currency.

Bitcoin has been compared to gold, associated with drugs, and is often referred to as a “cryptocurrency.” So, what exactly is it?

As you may have guessed, the answer is not super simple. But, according to our trusty Wikipedia, “Bitcoin is a peer-to-peer payment system and digital currency introduced as open source software in 2009 by pseudonymous developer Satoshi Nakamoto.” Basically, it is a digital form of currency that was started by an anonymous hacker who uses coding, as opposed to gold or dollars, to represent value. Unlike other forms of currency, Bitcoin is not monitored by a central government of banking system, but instead is monitored peer-to-peer, via the Internet over server networks. Each bitcoin is actually a string of encrypted data and each transaction is anonymous. This means no bank, no taxes, low (or non-existent) transaction fees, and actually – all transactions are private and anonymous.

But, if bitcoins are actually strings of coding, how do they have value?

In a nutshell, as long as the community believes in the system, it has value. The creator of Bitcoin also made sure to produce a limited number of bitcoins (21 million coins) and he “hid” them, so they could only be uncovered (or “mined”) by solving complex math equations online. Over time, the equations get harder and harder to solve, making them more and more rare –and desirable – over the years. So far, there have been about 11 million bitcoins that have been mined. As with gold, there is a limited supply and no way to simply “print” new bitcoins, which is why many people are choosing to get into bitcoins early on.

How much is a bitcoin worth?

Bitcoin is extremely volatile, as seen by its huge increases and dips every day. Since 2011, the value of the bitcoin started to increase and attract more attention as it rose from $0.30 USD to $32.00 USD. However, it swiftly went back down to $2. In late 2012 – early 2013, Bitcoin garnered more media attention as its rose to a peak of $266.00 USD. At the time of writing this article, the exchange was 1 BTC (bitcoin) = $838.00 USD – but it’s been fluctuating throughout the day. How did I check? Like any other currency converter, I did a search on Google for ‘convert bitcoin to usd’ and there was a site available to give me the most up to date conversion ☺

What are the predictions for Bitcoin?

I’ve talked to friends and researched online and the jury is still most certainly out on this one. Some speculators believe this is a real game-changer, while others discredit it entirely – saying it is no more than a “low-cost replacement for credit cards and other payment mechanisms,” such as banking analyst, Dick Bove.

Regardless, governments, businesses, and people are paying attention – and in many cases, taking action. The government of China has barred financial institutions and payment institutions from accepting bitcoins as a form of payment. “Black markets,” such as The Silk Road, have been shit down by the American government. However, there are flourishing online bitcoin mining sites where users can buy and exchange bitcoins. And, some online websites and bricks and mortar stores are beginning to accept bitcoins as a form of payment! 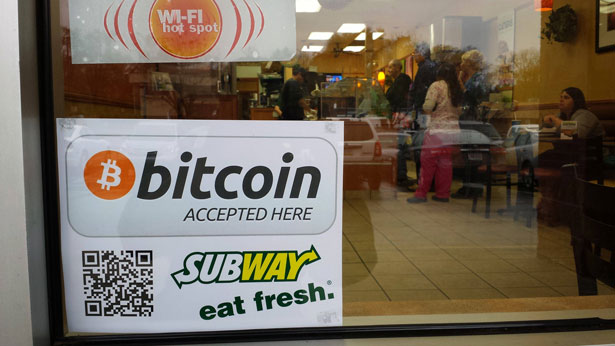 I have yet to venture into this area, but the conversations around this new digital currency are certainly interesting (and confusing) to say the least! Hopefully this post has helped paint a clearer picture of Bitcoin.

Have you dabbled in bitcoins? What have you heard about it? Either way, stay tuned to Bitcoin and continue to do your own reading and research.

A native New Yorker, Jessica left behind the Big Apple almost 4 years ago to pursue new adventures around the world. Powered by caffeine and a relentless curiosity, she has now settled in Tel Aviv Jaffa with her husband, American cat, and a new appreciation for budget management.
@allfrugalladies
Previous 5 Easy & Frugal Ways to Make Yourself More Attractive On the First Date
Next Auto Insurance Rates: Men vs. Women