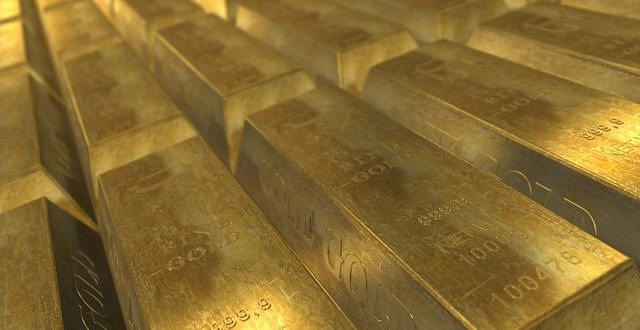 Should I Invest In Gold?

Almost a year ago, we posted an analysis of the Bitcoin phenomenon from the perspective of a potential investor. The article, which was called Should I Invest In Bitcoins?, pointed out that one of the perks to Bitcoins is that they can be looked at in a relatively simple manner: what are they worth and is the value trending up or down? No technical jargon or deep understanding of the history of Bitcoin necessary.

The truth is, this is one of the benefits of alternative investments in general. In other words, sources of investment that aren’t just ordinary stocks are often appealing because they can be simpler to analyse and operate with. This is true of Bitcoin, real estate, international currency trading, etc.

And along these lines, this post will focus on a similar topic that’s particularly relevant in 2015: is gold worth an investment?

I’m not going to answer that question for anyone, because investment is a personal decision. But here’s a bit on the basic concept.

For starters, I have to say the simplicity of gold investment (or silver, whatever floats your boat) is appealing. Just as Bitcoins are bought and sold as an independent practice via your investment “wallet,” precious metals can now be traded online at websites designed specifically for that purpose. As is noted on their site, Bullionvault currently trades over $2 billion worth of gold and silver all over the world for private investors, making use of various vaults in high-security locations and allowing transactions in a variety of world currencies. Basically, that means that you can simply log in, buy your metals, and store them in a secure vault without ever handling the resources or messing with the hassle of setting up a stock portfolio. So for those who may invest in gold, convenience is one of the perks.

What Impacts the Value of Gold

Much like Bitcoin, there are a number of outside factors that exert influence on the market. In the article on Bitcoin investment, we discussed how a Chinese regulatory decision caused the value of Bitcoin worldwide to plummet. Similar situations can occur in the precious metals market. For example, in an article earlier this month, the Wall Street Journal detailed how concerns over an India import tax was responsible for stopping a brief upward trend in gold prices. As one of the world’s largest consumers of precious metal, India has a hefty influence on the market and a heavy import tax can lower demand. Similar circumstances can occur in other large countries with influential economies or a significant share of the gold market.

Regarding the market right now, however, gold is a tricky resource to predict or project. After functioning so reliably for about a decade that it became known as a “safe haven” and a “hedge,” gold’s performance from early 2013 to the present has been anything but steady. Many analysts are projecting a modest rebound throughout 2015 from 10-year lows experienced near the end of last year. Also, recent reports have indicated a very positive outlook over the long-term, claiming gold price could double in the next 15 years due to the emergence of Asian economies. And that really gets to the core of this sort of investment: generally, it’s best to look long-term. Gold in the short term can be somewhat volatile, and even increases will be modest in nature.

And that’s about all there is to it! Again, I won’t advise as to whether or not you should rush out and buy gold at this moment. But if it intrigues you as an alternative form of investment, somewhat like Bitcoin, these basics should help get you started in looking into the market.

Ronnie is the frugal Latina of the group. Hailing from the beautiful Andes Mountains in Bolivia, she lives and breathes frugality. She loves to figure out how to spend less money and takes on the challenge of finding great deals and cheaper options every day.
@allthefrugalladies
Previous 4 Easy Ways to Slash Your Grocery Bill
Next How Taxes Affect Same-Sex Couples