I only recently got involved in trades & investments, since prior to last year, I didn’t have enough to divert my funds into a worthy investment portfolio. From that moment on, it has been a learning process, and a challenging one at that.

Developing trading skills takes far more than luck; it takes the ability to evaluate the market and predict upcoming lows and highs, consistently keep track of current events on both a macro and micro level, and handle the stress of dealing with fluctuations as well as clients.

After dipping my toes into this world, I have nothing but the utmost respect for female traders who have stood out and succeeded in a mostly male-dominated industry. According to Investopedia, women in finance make up ONLY 16.6% of executive officers, 18% of board directors and 2.9% of CEOs.

With that said, here at All the Frugal Ladies, we want to show these ladies our support for helping women progress in the competitive world of finance.

There is so much we can learn from them, from leadership skills to following their investment tips. Who knows, maybe their guidance can help us become millionaires! 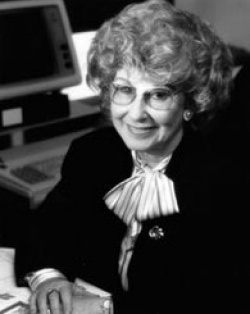 Known as the “Grande Dame of Dividends“, Geraldine is still considered one of the most famous investors in the world. She was a groundbreaker, becoming one of the first women to gain such tremendous success in the finance industry.

As a finance expert in the 1960s, no investment firm would hire her for an advisory position regardless of her extensive knowledge, abilities and background, instead offering her secretarial roles. Disappointed, Geraldine started her own investment newsletter in 1966, using the name G.Weiss, so her gender would not be apparent to the reader. Her successful track record allowed her to finally disclose her full name many years later.

As a matter of fact, she was SO successful as an investment advisor, that her strategies outperformed those of other investment newsletters. Her success helped open the door to more women in finance. 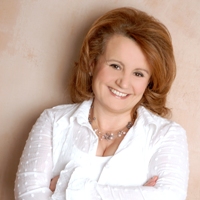 Anna Coulling is one of the utmost experts on trading. Her experience is based on a career of over 15 years as a currency, commodities and equities trader in the UK, making her one of the most respected finance experts in the region.

One of her best traits is her consistent desire to share information and guide her readers on financial issues, which she publishes both on her site and other international publications. She is passionate about investment and trade, and her market forecasts and analysis tend to be on-spot. So on-spot in fact, that her books have become Amazon No 1 best sellers. 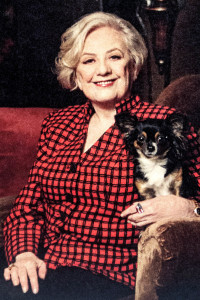 Known as “The First Woman of Finance“, Muriel is another lady to break through the gender-limitations of the world of investment.

With only a high school diploma, Muriel managed to secure an entry-level research position in a finance-based company. Eventually, through hard worker and a continuous success rates, she was made partner in a brokerage firm, a ground-breaking promotion at the time. That wasn’t enough for Muriel’s aspirations – she soon founded her own brokerage firm.

However, the New York Stock Exchange rejected her firm’s applications because of her gender. She persevered, and eventually her firm became the first woman-owned member.  Even today, in 2015, it’s still the ONLY national, woman-owned brokerage firm on the NYSE. 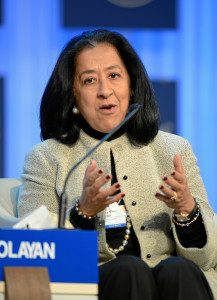 Lubna gets a special mention because she managed to break though in finance in a country where there is not only a glass ceiling for women, but rather a forcibly placed steel box that relegates women into a fully submissive position: Saudi Arabia.

Although Lubna comes from a prominent family (and this certainly provided her with the ability to reach this far), this does not belittle her achievements in finance. She is the CEO of one of the most important financing companies in Saudi Arabia and the world and is considered one of Forbe’s “Most Powerful Women”.

Ignoring the standard oppression of women in the workforce, Lubna fought through and proved her skill, intelligence and focused determination. She became one of the first female board members of a Saudi company, and board member of another investment bank and finance company.

Certainly an impressive position considering she lives in one of the most discriminatory countries in the world, where women are not even allowed to drive nor walk alone. 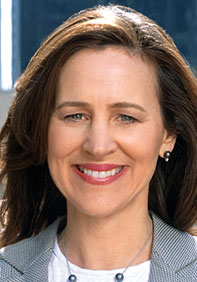 Deborah Farrington is a successful investor and trader with a huge resume behind her.

She is the founder and president of a business financial software company and partner of a venture capital fund.  She was also president and CEO of a private equity investment firm, chairman of a staffing company and investor and manager of financial institutions. Needless to say, she has tremendous financial and management skills.

Her resume continues to expand with numerous other management and investment positions, some of which she handles concurrently. Her success and business acumen has propelled her as one of the top investors in the world, having even been named to Forbe’s “Midas List” as a top venture capitalist.

We hope you feel as inspired by these 5 incredible ladies as we are! Please let us know your thoughts, questions or anything you would like to share below.

Ronnie is the frugal Latina of the group. Hailing from the beautiful Andes Mountains in Bolivia, she lives and breathes frugality. She loves to figure out how to spend less money and takes on the challenge of finding great deals and cheaper options every day.
@allthefrugalladies
Previous Keep Your Kids Busy This Summer!
Next What to Wear to a Wedding in The Hamptons