In the personal finance world, there are many different types of bloggers. There are bloggers who are getting out of debt, bloggers who are focusing on early retirement, and pretty much everything in between. It’s actually pretty amazing that there are a million ways to talk about something as “simple” as math.

I mean, when you get down to it, personal finance is just math. Make x dollars, spend less than x, save/invest the rest. Done!

But we all know it’s not that easy. And it’s not just math.

You must spend less than you earn. That much we can all agree on, right? So which side of the equation do you put more effort into? Spending less? Earning more? Both? Neither?

The Argument Against Frugality

You can only save so much before lowering your quality of life. You have to eat. You have to sleep, preferably inside, on a bed. So without resorting to living on the street, and eating out of dumpsters, there really is only so much you can cut. But, some would argue, there’s no upper limit on the amount of money you can make. So, don’t waste your time worrying about buying a latte. Instead, buy that latte and use the caffeine to help fuel your next big money-making idea.

To be honest, I’m not buying it. It sounds like a flimsy excuse, really. An argument for spending more money. In fact, if you click that, the author is trying to sell you something. Of course he is. I won’t argue that there are ways to make money on the internet —there are — but debt relief programs wouldn’t exist if we weren’t faced with a HUGE spending crisis. And the fact of the matter is, when you’re building a new business, you’re most likely spending money. If you’re overextended, holy cow, don’t go into more debt just to try out an idea!

My Argument FOR Frugality 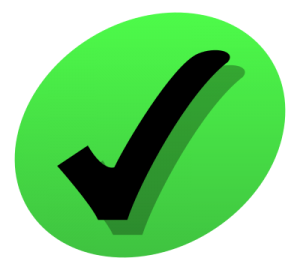 My goal is a simple, frugal life where I don’t have to worry about money. And in my mind, frugality is a way of life. NOT a temporary stop on the way to total world domination (or whatever). Because, let’s be honest with ourselves, here, friends. If somehow you woke up tomorrow with a lot more money than you have today, what would happen?

I’m not a betting woman, but I’d wager that an influx of money would be seen as something that needs to be spent.

When you’re on a journey out of the weeds of consumer debt, you’re exercising a lot of restraint. When I was close to seeing the light at the end of the credit card debt tunnel, I withheld haircuts and new clothes until every last bit was paid off. I got creative with that restriction. I started shopping in thrift stores, and that ended up being so fun that 90% of my clothes are from thrift stores and garage sales (pro tip: garage sales in fancy neighborhoods are the best!). There was no hope for my hair, though. Thank goodness for pony tail holders.

My point is, exercising your frugality muscles while you have to helps you stay strong when your financial situation improves. And it will improve. I promise.

Focus on Net Worth, Not Debt Level

Think of the equation as something liquid. Cut expenses. Live frugally. Learn what it means to have more than enough. When your bank balance rises, resist the temptation to upgrade your lifestyle! Instead, keep working toward your goals. Hide that extra money in a retirement account. Focus on building your net worth. Relax frugality muscles a little (get the haircut, holy cow you need it), but don’t relax them too much. You’ve gotten this far, now why not keep saving?

Your future self will thank you.

Ronnie is the frugal Latina of the group. Hailing from the beautiful Andes Mountains in Bolivia, she lives and breathes frugality. She loves to figure out how to spend less money and takes on the challenge of finding great deals and cheaper options every day.
@allthefrugalladies
Previous Get to Know ‘Love Chic Living’
Next Am I Too Young For Life Insurance?