The times I grew up in are a lot different than nowadays, when my son being raised. Even though I am aware that every generation tends to say this, I’m still pretty sure that I want to give my son a childhood that’s as innocent, relaxing, playful and wonderful as mine was for as long as possible. And the times we live in make it harder for me to give this to him than it was for my parents; the cost of living has skyrocketed nearly everywhere, but the quality of living has ironically gone down.

We live in a (first) world where we have plenty of everything and access to everything but there is no one recognized authority anymore and the amount of information we are exposed to is overwhelming. Its the best of times in many ways but it’s  also the worst of times, to quote Charles Dickens. The fast pace of the world and the over stimulation I am exposed to everywhere is something I only became aware of when I became a mother.

Having a baby forced me to slow down. I was used to multitasking all the time. I would be cleaning the house, working on an assignment and texting with my friends all at the same time. I kept in touch with the newest trends everywhere, be it social media, television shows, fashion trends, politics. I had so much time to do everything, yet I was always breathless and complaining about how busy I am.

Fast forward to 2015 when my son was born, the first major lesson I learned was how to slow down. My standards of productivity went way down, and I was forced to accept that sometimes, just doing the dishes was enough for that day. Sometimes just going outside for a walk was enough.

Time became the most precious resource ever. The sleep deprivation forced me to take advantage of my time to take care of myself and not to waste it facebooking on my IPhone or watching netflix. The more I grew out of touch with politics and current events, the less I missed hearing about them.

And things fell in proportion. I began to take pride in things like cleaning up a scabby knee and making tears stop falling down with a single kiss. In holding my son for hours on end when he needed me for reassurance and comfort (especially when teething or sick). I began feeling empowered just by dealing with the most trivial things like a successful nappy change or when I managed to cook something that my son (who’s a picky eater) gobbled right up.

These things made me feel so strong and mindful in ways that going out to work (for someone else) and making money never made me feel. I began seeing domesticity as a true calling for me and mindfulness as a way of life. 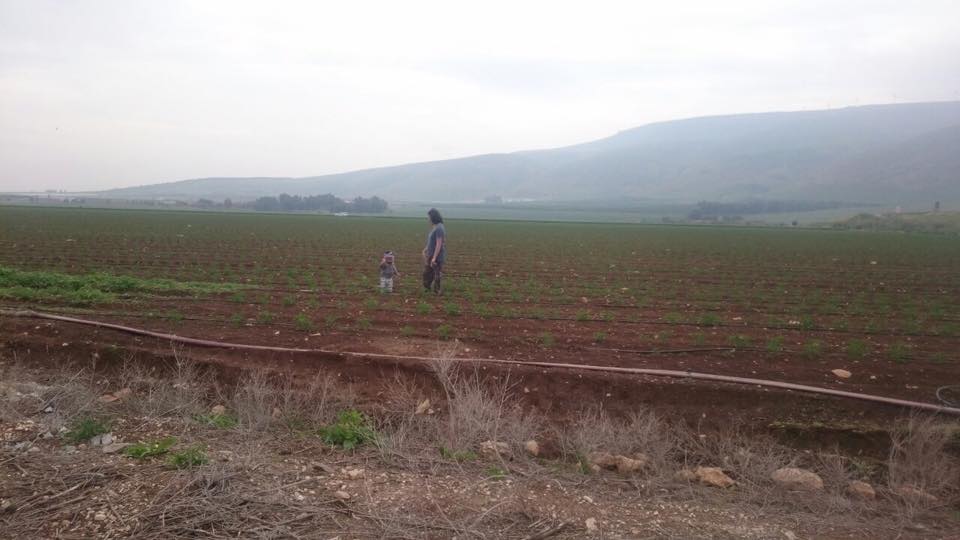 Here in the Middle East there is a lot of pressure to put children in daycare at an early age of one years old. Most people here believe that babies as young as one need the company of their peers to develop properly. This belief conflicted with what I found out by reading on the subject back when I was working towards my teachers degree (about 8 years ago).

Apparently, child psychologists claim that children only start developing a need for social activities with their peers at around age three. Turns out, it’s absolutely fine for children if they are in (a good and reliable) daycare but it’s also absolutely fine if they aren’t. Keeping children with their mothers for the first years of their life won’t damage them psychologically or make them anti social like everyone around me supposes. Both children will develop properly and grow up fine. So it’s really all up to whatever the parents choose to do or is necessary for them to do according to their individual economic situation.

After talking about this with my husband, we decided that we weren’t going to succumb to peer pressure and we will pursue a homeschooling life, for at least the immediate foreseeable future, and will pay the price financially. By doing this, we rejected and distanced ourselves from the lifestyle of all our friends who chose a very different path from us, one that may not be easier but is a lot more acceptable by society.

Instead of entering the race towards reaching milestones and keeping up with what a daycare invests in my son and assists in his development, I slowed way down. Taking a huge step (if not leap) backwards, I decided to just take it day by day, following my son’s cues and letting him lead us to where and what he wants to be. Some days he doesnt sleep well and wakes up cranky so we tone it down and keep it light, just hanging out at the house and playing.

>Other days he has so much energy to release, we’re outside for almost the entire day. In general, I try to get outside as much as possible and include him in everyday tasks such as washing the dishes and making breakfast to get things done. The result is far from perfect because he’s still learning and has a lot of (messy) accidents, but it’s good enough. 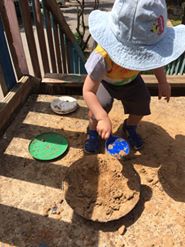 I am also very fortunate to have my mom close by to help me out with cooking, laundry, and company when the days never seem to end. She has made all the difference for me and without her I wouldn’t have been able to be the mom I want to be.

Please join me as I share in my upcoming blog posts about what I’ve learned by spending time with my 1.9 year old, what parenting blogs I follow that have helped me immensely, what we do to pass the time so he reaps the benefits of staying at home with me and how I’m getting through the struggles and challenges of homeschooling life.

Born and raised in Israel with a ten year interval in New York, Dana considers both places her home. She first made the choice to commit to a frugal life when she signed up for a degree in the Humanities. Today she loves nothing more than to share her newly learned skills and experience in thrifty living with others.
Previous 2017 French Presidential Election – What are the Implications on the EU/Euro and the Global Markets Following the Election?
Next ASOS Summer Savings with Groupon